VPN: How to access both internet and company network on XP

*now I must state that the company did have an VPN connections via Watchdog ssl connections and using this connection I was always able to connect to the compnay network and the internet. However this Watchdog VPN SSL connection proved unreliable for me and therefore I used the backup PPP connection as follows.

Change the VPN settings to disable the gateway on the remote network as shown below. 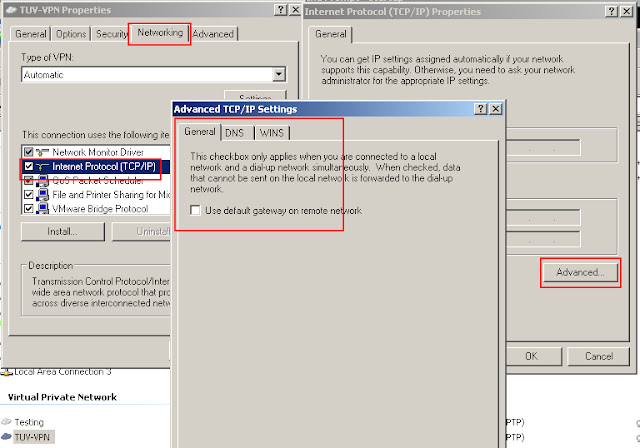 Then CONNECT to the VPN

The internet should be available however the company network is NOT!!!

Then using a BAT file to setup the connections for the company network.

*replace the X.X.X with the IP addresses of the company networked servers.

Then running the vpnroutes.bat file with the last number of the IP address,

vpnroutes 17
*using the example from the screen shot above.
Posted by Robert Russell at 2:19 PM